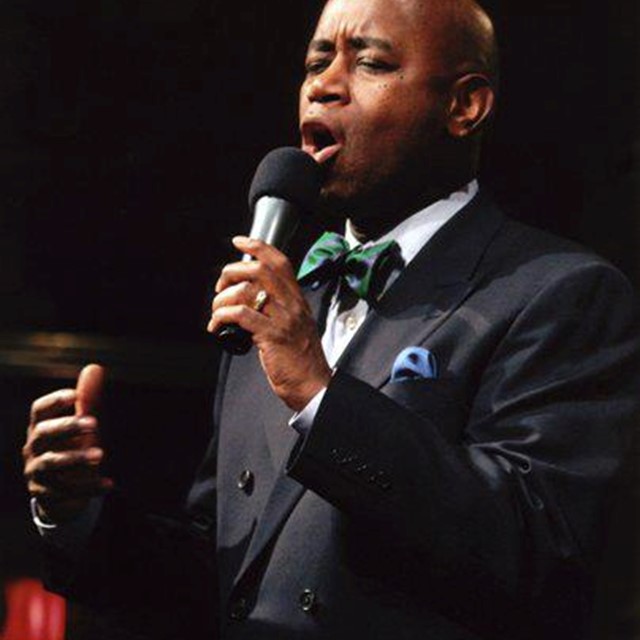 Maybe you saw the tweets after he delivered the prayer at the inauguration luncheon:

“Can Senate Chaplin Barry Black pray over me every day? I'm pretty sure he aspired to be James Earl Jones as a kid.”

“I would buy any book that Senate Chaplain Barry Black read out loud.”

We still remember when it was our good fortune to hear that marvelous voice echoing through our school in Camden. It’s been years, but we still talk about the amazing Navy chaplain who attended our Executive Seminar.

We were awed by his voice, deep and rich, and his crisp articulation of every final consonant. We were also impressed by his intellect, warmth, sense of humor, athleticism, charisma and humility. He had it all, and like the best students, he worked hard to improve despite being so very good already.

We asked him then how he could have such ready recall of so many Bible verses. He told us the same story he tells when delivering the keynote address at the National Prayer Breakfast on February 2: His mother gave all of her children a little incentive.

Here’s his address at the Prayer Breakfast. You’ll find the story about 25 minutes in.

Here’s the Inaugural Luncheon prayer where his resonant voice and impeccable diction are on full display:

Barry Black has served as the U.S. Senate’s chaplain since 2003. This story tells how he viewed and used his daily prayer.

And for fun, here’s a Saturday Night Live skit that pays homage to the man and his messages.