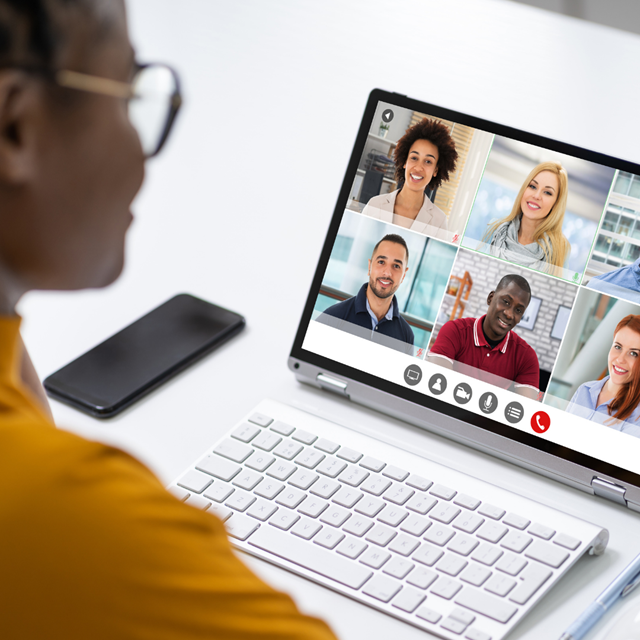 If you've attended our Executive Seminar, you know we have an exercise based on ridiculous topics. One we've recently asked people to speak about is this:

How "free webinar" have become two of the most disturbing words in the English language.

Of course, online training has its advantages. These days, it's a necessity, too. But even when it's a good thing, you can—as they say—have too much.

Yesterday, we were talking to a client who had moved a three-day leadership program online for one reason only: COVID-19 made it impossible to have people attend the session in person.

She said it had been quite the experience, one she was still mulling over.

On the one hand, participants were excited to keep moving ahead with training. They were glad to see each other.

But as the session unfolded, what may already be clear to you became painfully clear to our client: It's hard to directly transfer three days of in-person training and make it effective online.

Here's what she learned that may help you:

Her program used two instructors with distinctly different styles: One liked to facilitate activities and use exercises. The other was a master storyteller.

In years past, the storyteller had won the highest marks from participants who were attending in person. That wasn't the case this time. Learners were much more enthusiastic about the facilitator who used breakout rooms and required their active participation.

We've always believed that the best way to learn public speaking is by doing, and we're seeing that this is even more important in our virtual programs—even if sometimes it feels a little clunky.

Yes, people speak while they're on mute. Breakout rooms work…but will everyone return? We're happy to live with the hiccups and the occasional awkward silence, because we know how important everyone's participation is.

We're also delivering multiple sessions to smaller groups—rather than running one longer session for a large group. This not only promotes participation, it also helps us with the next item:

The program organizer said she hadn't realized that eight hours online and eight hours in person would feel so different. "They were just worn out," she said of the participants, by the time day three rolled around.

As we've designed online versions of our programs, we're seeing that 90 minutes is a happy length, that two hours can work, and beyond that—people need substantial breaks.

Our client said that not only would she avoid eight hour days in the future, but she'd also avoid having several consecutive days of training.

Our client said she typically asks for evaluations at the end of a session. But for this three-day program, she was picking up on participant frustration before the end of day one. So she didn't wait. She checked in throughout, to learn how she could make adjustments as the training went along.

"Whenever you have training away from the office, people have to duck out to take calls," she said, "but physical distance from the office usually helps keep that to a minimum." Now that people are working from home, it's much more difficult to push those distractions aside when the training is at home, too.

Being able to talk openly about these difficulties and online training fatigue seemed to reduce quite a bit of the stress participants were feeling, she said. "It was sort of amazing how once they voiced it, they seemed much better able to deal with it."

What we can learn from experience

Buckley faculty member Elise Partin has been teaching online at the University of South Carolina for years. She was reluctant at first but now finds that virtual classes can be very effective. Getting to know the tools you have and working to engage the class, she says, have been the keys for her.

Buckley coach Jenny Maxwell writes online training modules and has been fortunate to work people who have expertise in training design. "There's a huge emphasis on delivering a small amount of information, then asking people to apply it before moving on. It's that same active learning we use for our in-person Buckley programs—but keeping the presentation of information even shorter and bringing in the activity even sooner."

As students in online sessions, we've also picked up a few ideas. "I was in an online poetry writing workshop," says Jenny, "and the instructor dragged a small whiteboard over to his desk and wrote on it, like California congresswoman Katie Porter or Ross Perot. It was very effective—and charming, I thought—because it was so low tech."

We'd love to hear about your experiences with time frames, class sizes, formats, and techniques—either as a student or facilitator. We're still learning and though there's probably a free webinar we could sign up for, it would be a lot more fun to hear your stories.