Better Stories for Your Next Presentation 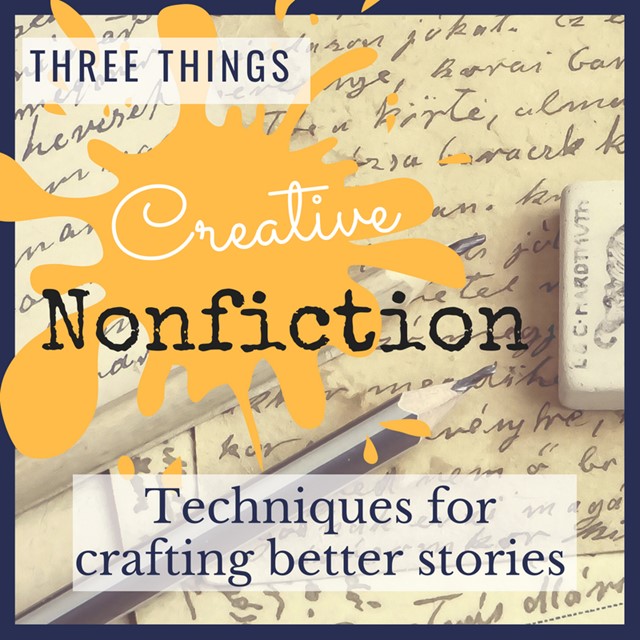 When one of our faculty announced she was spending the weekend at a workshop writing “creative nonfiction,” at least a few of us at the school were perplexed.

Did she mean “fake news?” And wouldn’t that make it a fiction writing workshop?

What is creative nonfiction and why is it useful for speakers?

As you may already know, creative nonfiction is an approach to telling true stories, one we’re all familiar with—and includes memoirs, essays, or reporting in which the writer is part of the story.

This nonfiction uses many of the same elements as fiction including a strong narrative with a setting, characters and conflict, dialogue, and vivid descriptions.

Lee Gutkind, founder and editor of Creative Nonfiction adds this to the description:

Memoir is the personal side of creative nonfiction but there’s a public side as well, often referred to as narrative or literary journalism—or “big idea” stories. Michael Pollan (The Botany of Desire) captures big ideas, for example, as does Oliver Sacks (The Man Who Mistook his Wife for a Hat) through creative nonfiction.

The personal angle in business presentations

Anyone who’s attended a Buckley School program knows that we encourage speakers to mine their experiences for stories and examples.

When a speaker uses a personal story that advances her point, that story brings several advantages over other types of material:

Telling a better story to make your point

Our resident writer Jenny Maxwell, who attended that workshop, shared three techniques she used there that can help you bring these elements to the personal stories you tell in presentations.

1. Use free writing and give yourself a prompt to get the ideas started.

If you’re trying to come up with a fresh story for a presentation and the ideas aren’t flowing, use a writing prompt and write freely for 10 minutes. Prompts that might help include:

“We wrote without stopping or editing ourselves for brief sessions in the workshop,” Jenny says. “Then we re-read to see what ideas we’d generated. Nearly everyone discovered a new story to tell.”

2. Dig into your memory for details that involve all the senses.

“Our instructor, Jessica Handler, showed us a great way for doing this,” says Jenny. “She had us draw five columns on a page and put one of the senses at the top of each column. Then we had to recall three details for each column from the scene we were writing about.”

Jenny was writing about the time she tried to get player autographs after a North Carolina State basketball game she attended when she was a young girl.

At the end of the exercise, she had 15 concrete details—and used several of them in the story she wrote.

3. Use dialogue that advances the story.

“You may not remember exactly what people said—and if accuracy is critical, you can be upfront about that,” says Jenny.

But dialogue brings the moment and the characters to life—if done right.

Dialogue, well-used, contributes to storytelling in three ways by:

Dialogue not serving one of these functions probably doesn’t belong in your story.