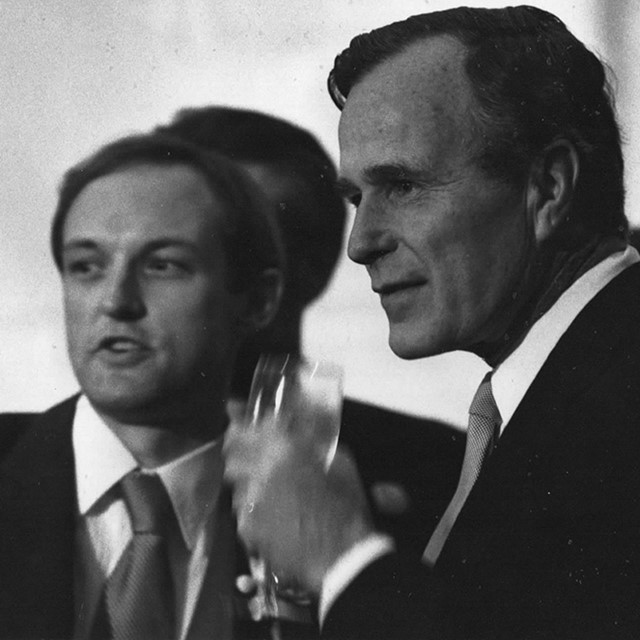 Christopher Buckley and George H.W. Bush. This photo was included in a tribute Christopher wrote for The Spectator.

"I couldn’t do it. I’d choke up. I would be permanently ensconced as a member of the Bawl Brigade."

– George H.W. Bush on why he wasn’t giving the eulogy at his mother’s funeral

Here at The Buckley School, our memories of President George H.W. Bush owe much to the warm, funny stories Christopher Buckley has told about his years working as a speechwriter when Bush was vice president.

A speechwriter often sees the speaker up close in ways the rest of us don’t. That’s certainly the perspective Christopher has always brought.

We still laugh no matter how often we hear Christopher describe how he used a quote from Thucydides in a speech, the vice president’s struggle to say the name, then Bush's instructions afterward: "Next time, make it Plato."

In an article for The Spectator, Christopher tells more stories of his many years working for and knowing the 41st U.S. president. Through his memories, you see a speaker who valued humor, had a self-deprecating style, and was well-aware of his chief weakness: In emotionally charged moments, George H.W. Bush was prone to cry.