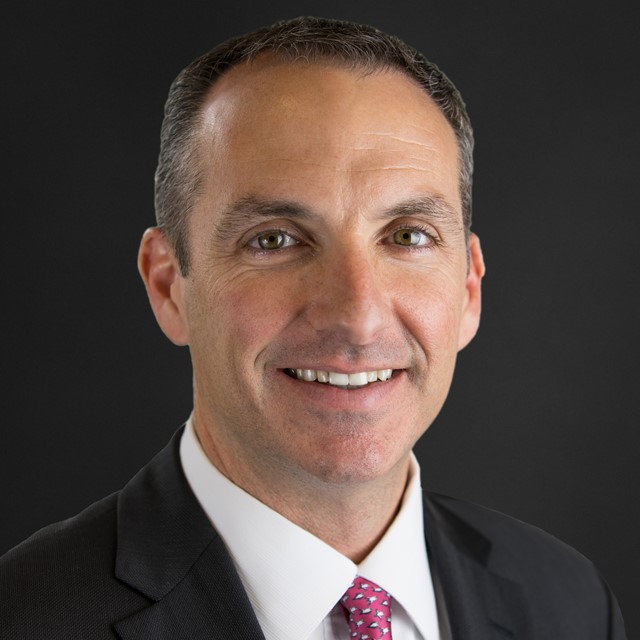 Ritch Wheeler is Vice President of Training for American Financial & Automotive Services, Inc., based in The Woodlands, Texas, which is part of the Houston metropolitan area. He's also mayor of nearby Shenandoah, an office he was first elected to in 2016.

"You have to practice perfect during the week, if you want to play perfect on the weekend."

– Ritch Wheeler, on how he approaches prepping for important speeches

"Whether I'm speaking to a single client or a meeting hall full of voters, I try to focus on making it about the message and not about me," says Ritch Wheeler. "They didn't come to see me. They came to hear the message."

As Vice President of Training for American Financial & Automotive Services, Inc., Ritch regularly speaks at industry conventions and association meetings around the country. He also finds himself on the podium or behind a microphone these days fulfilling his duties as mayor of Shenandoah, Texas, where he's serving his second term.

Persuasive communication has been part of his job description since he was a student at Baylor University and started selling cars while he was in school.

We asked Ritch to draw on his different experiences and tell us what they've taught him about speaking to groups large and small.

How does public speaking fit into the work you do—at American Financial and as mayor?

"Public speaking" is an interesting term. I have started taking the mindset that all speaking is public. In both my careers, I am often speaking to people that vary in number—anywhere from one to several thousand. And I will admit that the more common numbers are from about five to twenty-five people.

However, if you approach the task with the same mindset, that all speaking is public speaking, then the number doesn't really matter.

What has running for office and being mayor taught you about public speaking?

Most people fear public speaking, because they realize they are under the spotlight and all eyes are on them in that moment. As an elected official, you quickly realize that you are always under the spotlight and you always have a set of eyes on you. It makes public speaking much easier, because at least in that situation you know who the audience is. As an elected official, your audience is watching you even when you don't know that they are there.

The other way it has helped me in public speaking is that you realize people are waiting for you to say the wrong thing, so they can use it against you. It really forces you to be thoughtful about what you say and stay true to your message. It helps you temper emotional or opinionated comments and instead deliver the meat of what your intent is.

What's been your toughest speaking challenge and how have you overcome it?

I have been in several debates or political forums, and those are sometimes hard to navigate. The competitive side of me kicks in and I want to verbally rip my opponent apart, but that doesn't win votes.

In any public speaking, it's about the message and not about the person, but the audience has to like the person. Especially if you want them to vote for you! In a debate, you have to be likeable while still being the smartest person in the room. That's a fine line to tightrope.

Practice, drill, rehearse. You have to know your message backwards and forwards. If you want to be able to add dramatic pauses or voice inflections or any other stage effects, you have to first have the message down rock solid. Winging it just isn't an option.

You should rehearse it several times and actually time yourself so you know how long it takes to get through it It doesn't hurt to have a small group that will critique you. If you have to, use your phone to film yourself and then go back and watch it. You have to practice perfect during the week, if you want to play perfect on the weekend.