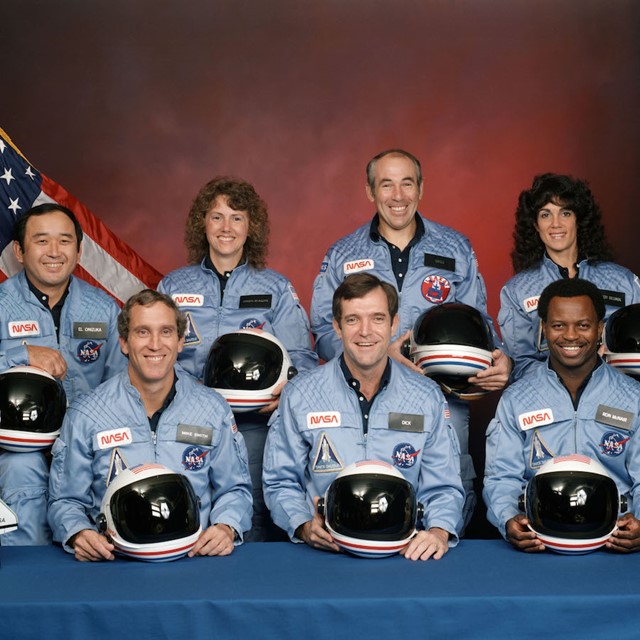 The crew of the Space Shuttle Challenger.

"We will never forget them, nor the last time we saw them, this morning, as they prepared for their journey and waved goodbye and 'slipped the surly bonds of earth' to 'touch the face of God.'"

He was supposed to give the State of the Union address. But President Ronald Reagan postponed it, for the first time in modern history. Because on January 28, 1986, the Space Shuttle Challenger broke apart during launch, killing the seven people on board, as the world watched on television.

Reagan delivered a message five hours later to address the disaster, a speech even his toughest critics have praised for both its words and delivery.

The message was written by Peggy Noonan, who at the time was a little known White House speechwriter. Or as she has described her status then: "a little schmagoogie in an office in the Old Executive Office Building."

The little schmagoogie wrote a speech that has lessons for us today:

Reagan, often called "the great communicator," was not so sure about those closing lines it turns out. He, too, was familiar with the poem--"High Flight"--and was skeptical that verse from a 19-year-old World War II airman would strike the right tone.

"Reagan did not feel that the speech had met the moment," Noonan has said. "There's nothing you can say that could meet a moment that was that painful to the American people."

Thirty-four years later, it seems apparent that Reagan was wrong about that.

Here's an article from The Washington Post with more on the story behind the speech.

Below, watch video of Reagan delivering the speech on January 28, 1986.