Public Speaking Lessons from 'The Voice' 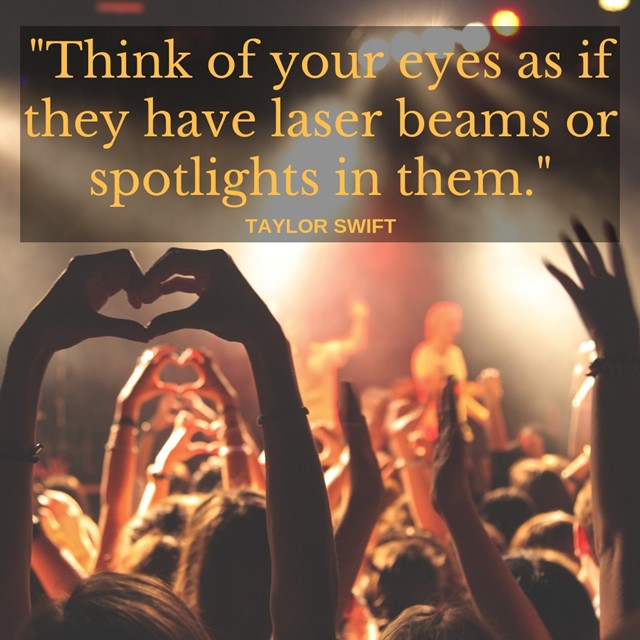 At The Buckley School, we’re fond of saying: You can learn about public speaking everywhere you look, if you’re paying attention.

So we weren’t surprised (though a bit amused) when Buckley coach Jenny Maxwell insisted one afternoon that The Voice was a great source for presentation tips.

If you haven’t seen the show, it’s a vocal competition that airs on NBC. Four coaches select singers with potential. With their backs turned, the coaches can’t see the performers. So the premise is they select performers solely for their vocal talents, then work to round out every aspect of the contestant’s performance abilities.

The judges are a group of musical stars that, depending on the season, might include Alicia Keyes, Blake Shelton, Kelly Clarkson, Pharrell, Adam Levine, Jennifer Hudson and more. Those coaches are joined by other stars to help as mentors.

Here are just three techniques that work for public speaking Jenny says you can learn as a casual viewer of the show:

1. The show provides a how-to for improving delivery.

"A few years ago, Taylor Swift was a mentor and I happened to catch that episode. Her feedback for singers had her sounding like a Buckley School coach. The part I remember best was when she told one contestant to stop moving his arms for no reason and use gestures to illustrate parts of the song."

"Let your mind be the metronome, and be still," she insightfully advised a swaying singer, and told another of effective eye contact, "Think of your eyes as if they have laser beams or spotlights in them."

2. You repeatedly hear about the importance of varying your vocal tones.

"In pretty much every episode, there are a couple of big-voice, high-drama singers. And in pretty much every case, the coaches tell the singers they need to vary the delivery," Jenny says. "It’s made very clear that the big voice isn’t effective if it’s big all the time."

That corresponds to the coaching we give at the school, too. All speakers, within their range, need to bring variety to their vocal tones. For high energy, naturally expressive speakers that might mean toning it down. When she’s coaching at The Buckley School, Jenny equates it to using a highlighter in a text book: "If you highlight every line, nothing stands out," she says.

3. One piece of frequent criticism on The Voice: You’re not connecting with your message.

"This always stands out to me, and I always feel sorry for the teenagers who are trying to 'sell' a song about mature heartbreak," Jenny says. "The challenge they get from The Voice coaches is 'find a way to relate to the message you’re conveying.'"

"At the school, we have lots of ways of talking about this. Sometimes, connecting with the message means you have to work harder physically to get it across to the audience—so they can see through your effort that you care," Jenny says. "Other times, it means thinking about what you’re saying and how you feel about it, not just mechanically reciting the information."

Our founder simply called it "becoming the servant of your message." It was his all-encompassing approach, one that requires you to be so committed to communicating your ideas that you put thoughts of yourself aside.

Below, an interview with Taylor Swift in which she talks about her approach to coaching, using the lessons she's learned from her career on the stage. It's an approach that will sound familiar to alumni of The Buckley School: