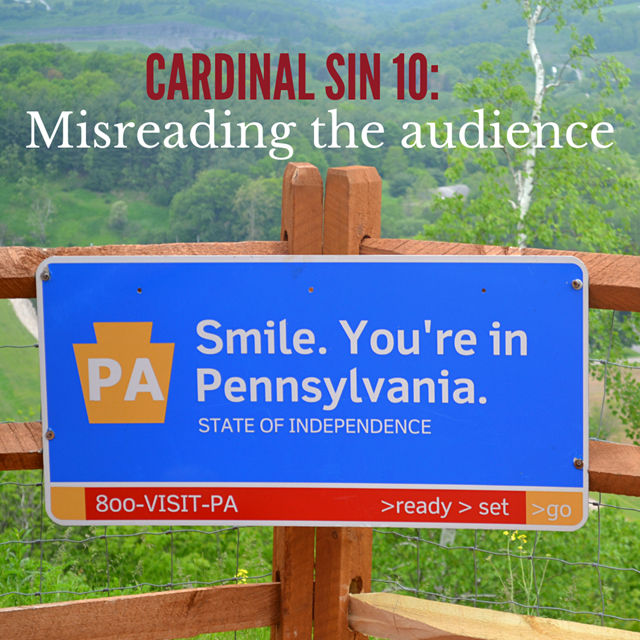 "Whatever else an American believes or disbelieves about himself, he is absolutely sure he has a sense of humor."

Never accept a booking in Pennsylvania.

Be careful not to press your luck when addressing an audience comprising mostly the Dutch, Germans, Slavs or Scandinavians--or folk deep in the boondocks. People may think it discourteous to laugh, even though they understand the humor. Pray for an audience of urban Jews, Spaniards, Poles, and Trappist monks. They laugh at everything.

Why Only Had He Been Shot, Would Mark Twain Have Preferred to Be in Philadelphia...

Years ago, after a booking in Harrisburg, my path crossed that of Russell Kirk, the phenomenal man of letters, who had lectured at a nearby college.

Over lunch, he said to me, "Were you aware that Mark Twain dreaded giving talks in the Commonwealth as much as you and I do? Why, one night he was addressing a rural York County audience that never cracked a smile. One farmer in particular unsettled him, a tall, gaunt, lean fellow in his mid-fifties, with a lantern jaw and gnarled fists, who stared grimly up at him out of steel gray eyes.

"Twain swore to himself, 'I'm going to crack that fellow's shell if it's the last thing I do.' With this object fervently in mind, he aimed the final twenty minutes of his wittiest remarks at that farmer and that farmer alone...only to see them bounce off that impervious brown and fall shattering to the floor. Twain had done his darnedest, but he had failed.

"Afterwards," Kirk went on, "at the apple cider and doughnuts reception the farmer stomped up to Twain, saying, 'Mr. Clemens, sir, that speech you gave was so funny I could hardly keep from bustin' out laughing.'"