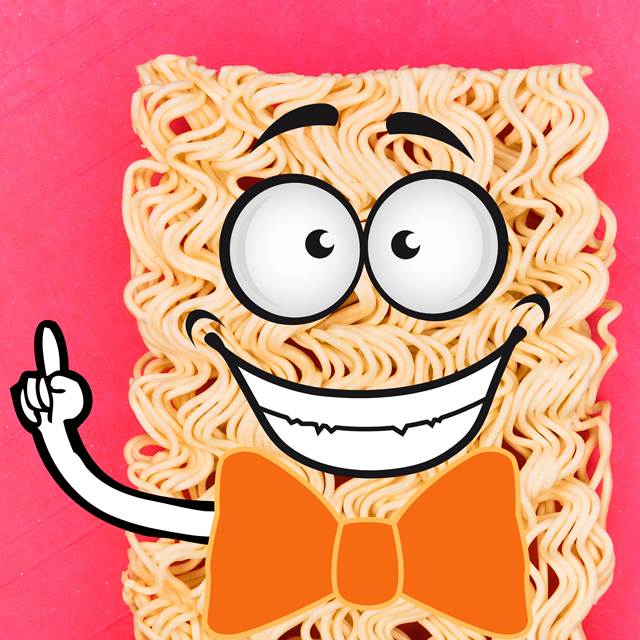 We confess: We read an article on Vulture about Sesame Street’s Mr. Noodle because we saw it included a few of our favorite actors—Daveed Diggs, Kristin Chenoweth, and the wonderful and much-missed Michael Jeter.

The surprise? Mr. Noodle, it turns out, has a few things to teach us about public speaking.

If you haven't watched Sesame Street and Elmo’s World in the last 20 years, you may have missed out on the Mr. Noodle fun. The character was originated by Bill Irwin. Other Mr., Ms., and Miss Noodles are his brothers and sisters. They all share the family trait of being incapable of doing the simplest things.

So what can the Noodle siblings teach us about public speaking? We see at least three things:

1. Mr. Noodle sketches are based on the good old rule of three.

We tell our clients that the rule of three provides a handy framework for organizing messages and telling stories: Determine your theme, then structure it around three points, three examples, or three beats. That gives audiences enough stuff to be satisfying, a bit of tension (think love triangle not love pentagon, yes?), but not so much detail that the story bogs down or the message suffers from information overload.

Here’s how Vulture writes about using that formula to create a structure—and humor—from a Mr. Noodle point of view:

"The critical part is coming up with the question that's germane to the topic, but doesn't lead you to the solution," says Sesame Street executive producer Ben Lehman. If the topic is playing ball, Elmo may ask Mr. Noodle what kind of ball you use to play soccer. "He'll bring a football that's not the right shape, or that's too small. Then you can be super-surprising and the third thing is an anvil. Then it's like you hit maximum ridiculousness and that leads to a lot of laughter," says Lehmann. "We like for him to get it wrong three times and then succeed," he adds, citing the classic comedy rule of three.

You'll often hear that audiences read a speaker's delivery as much as they listen to the speaker's words. That's why we urge presenters to show their enthusiasm or concern rather than just talk about it.

Since Mr. Noodle doesn't speak, nonverbal communication is even more important. And it turns out that children, like adult audiences, take cues from what they're seeing:

"Infants and young children scan faces to determine if they are safe, if they are cared for, and to develop an attachment relationship that allows them to venture out and explore their larger world....Young children can glean a tremendous amount of information through reading these nonverbals that we as adults may not realize we are even sharing."

3. Mr. Noodle keeps going until he gets it (almost) right.

The Noodle shtick is to do it wrong and do it wrong some more, until (maybe) you get it right. That's not a bad practice for public speakers, either. We all make mistakes and sometimes forget what we want to say. Speakers who appear confident and comfortable are at ease with those mistakes and keep going—correcting and moving on without a lot of fuss, keeping a sense of humor, or even reaching out to the audience for help.

And as we point out in our public speaking classes, audiences tend to be like Elmo: Most are rooting for you. They want you to succeed, and that's not entirely based on their generous spirits. When a speaker is struggling and uncomfortable about it, that's uncomfortable for the audience. When a speaker can be okay with his predicament on stage, the audience can relax and pay attention to the message.

For a how-to on making the best use of gestures when you present, check this out.

And below, a video for our times that illustrates how these elements work—Mr. Noodle washes his hands: