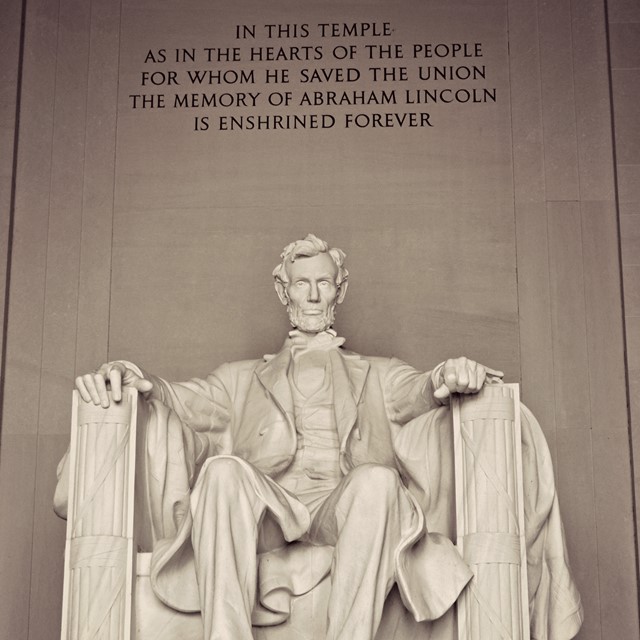 "Today ‪#FordsOratory students head to the Lincoln Memorial to practice giving their speeches in the footsteps of other great orators!"

Over the weekend, a tweet from Ford’s Theatre’s teaching unit caught our eye: Apparently, fellows in their oratory program were headed to Lincoln Memorial to practice their speeches. We loved the idea and wanted to learn more.

That’s how we came across the story of Darlene Noel, a teacher from Pennsylvania who’d been selected as a fellow for the program. For her local newspaper, she wrote:

"This year I had the distinct honor of receiving one of 10 Ford's Theatre Oratory Fellowships. As a result, my third-grade class had the amazing opportunity to explore the art of oratory, for which President Lincoln was so well-known….. During the process, I explored the idea of taking my class on a trip to see the places we had studied.”

But there was a roadblock: How could students could afford the trip? Then, Noel reports, something wonderful happened:

“After a letter to the editor was written by a grandmother of one of my students, I felt like Santa at the North Pole, with letters arriving daily, containing donations and words of encouragement. Through the incredible generosity of friends, families, Phillipsburg Elementary School staff members, the Phillipsburg Education Foundation, local businesses, and complete strangers, we spent the day in our nation's capital.”

Her students not only toured Washington, they got to rehearse and deliver a speech at Ford’s Theatre--Lincoln’s Address to the 166th Ohio Regiment.

Some of their exercises remind us of ones we’ve used to teach writing and speaking, such as paraphrasing a historic speech and putting it into modern, conversational language. While lesson plans are designed for grades 5-10, there’s useful stuff here for speakers of any age.

Here’s a video showing some of the work the theater has done, with kids from their program explaining how they practice public speaking using something they call “podium points.”