Rhetorical Device of the Month: Anacoluthon 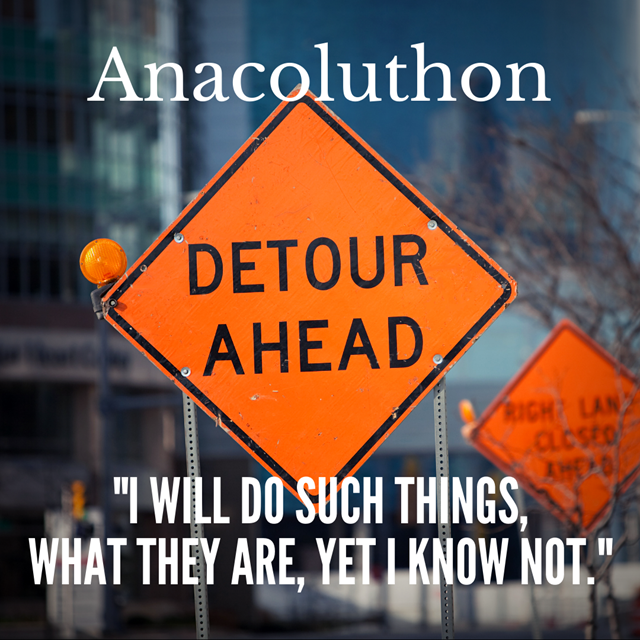 Even when we're not aware of it, we're using many of the same rhetorical techniques Aristotle, Cicero, Abraham Lincoln, Frederick Douglass, Susan B. Anthony, Winston Churchill, Martin Luther King, Jr. and other greats have employed in public speaking. Each month, The Buckley School's resident students of classical rhetoric explain a rhetorical device and show us how it’s being used for good and for evil.

"I know if you've been good or bad—and for goodness sake, don't make me stop this sleigh—because I can't say what I'll do—but I do have a list."

– Santa, using anacoluthon in the style of King Lear

What happens when you start a sentence headed in one direction, then veer and take the conclusion somewhere else?

Potentially, all sorts of things we can't predict. But rhetoric does have a name for that move: anacoluthon.

Anacoluthon happens accidentally when we lose our train of thought or don't quite know where we're going with a sentence. Writers and speakers also use the technique deliberately to suggest a stream-of-conscious or off-the-cuff style, to dabble in self-deprecation sometimes, or just to get a laugh.

Pronounced anna-kuh-LOO-thun, it derives from the Greek word for inconsistency in logic. If you'd like to hear someone pronounce the term and use it in a sentence, Merriam-Webster created a little podcast that does just that.

If you're a fan of Tintin, you may already be familiar with the pronunciation, since it's one of the curse words Captain Haddock lets fly from time to time.

Of course, one rhetoric nerd's interpretation of anacoluthon may differ from another's—and we know this because of Google. That's how we found one particularly helpful explanation on study.com:

Before anyone had even come up with Latin, the Greeks used 'anacoluthon' in the same way the Romans and we today use the phrase non sequitur (Latin for 'It does not follow.').

However, these two terms now denote very different ideas, so we should be careful not to confuse them. 'Anacolutha' are interruptions in sentence structure, often representative in literature of disjointed thought processes. A 'non sequitur' can represent the same jumbled thoughts, but is more concerned in describing the faulty logic behind them.

For example, saying that because one grain silo has already burned down, we should burn the rest would be a non sequitur. Here, the problem isn't with the words or their arrangement, but with the lack of common sense of the person saying them.

You can find examples of anacoluthon in Shakespeare.

I will have such revenges on you both,
That all the world shall―I will do such things,
What they are, yet I know not.

And in Hamlet’s soliloquy:

This will come as no surprise if you've been paying attention at all for the last four years: You can spot anacoluthon in political speeches—sometimes deliberately, sometimes who knows?

Sam Leith takes a look at how it works in his article for the Financial Times, "Sarah Palin's rhetoric soup is tasty fare for U.S. conservatives":

What you might call the master figure in Ms. Palin's speech was anacoluthon: sentences that set off boldly in one direction and, with a wrench of grammar, jump the tracks and end up pointing in quite another. "Trump's candidacy, it has exposed not just that tragic ramifications of that betrayal of the transformation of our country, but too, he has exposed the complicity on both sides of the aisle that has enabled it, OK?" "Where, in the private sector, you actually have to balance budgets in order to prioritize, to keep the main thing, the main thing, and he knows the main thing: a president is to keep us safe economically and militarily."

Read the full article for Leith's explanation of how anacoluthon works for speakers like Palin and Trump.

And below, you can see if you're able to spot the ways Tina Fey makes the most of the device when playing Palin: 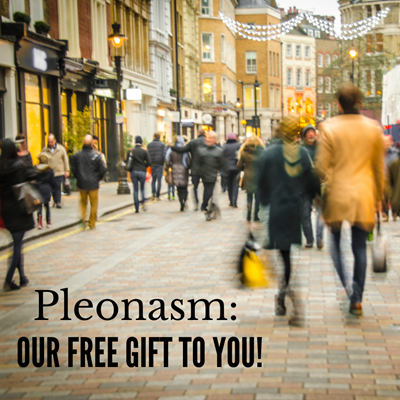 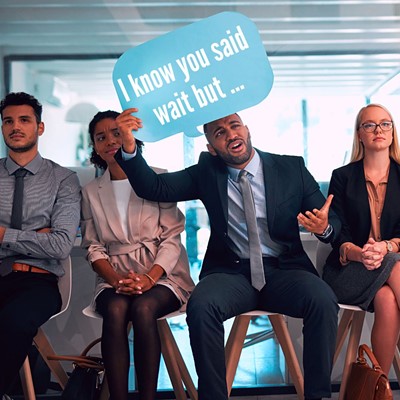 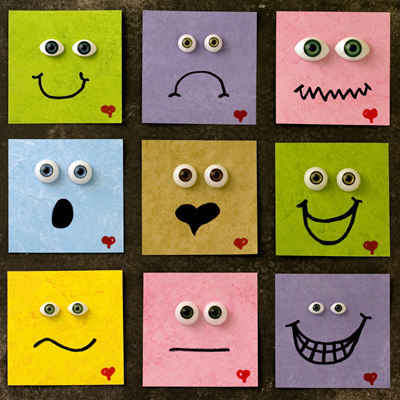 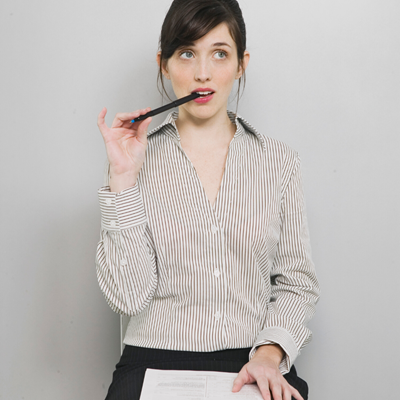