Rhetorical Device of the Month: Chiasmus 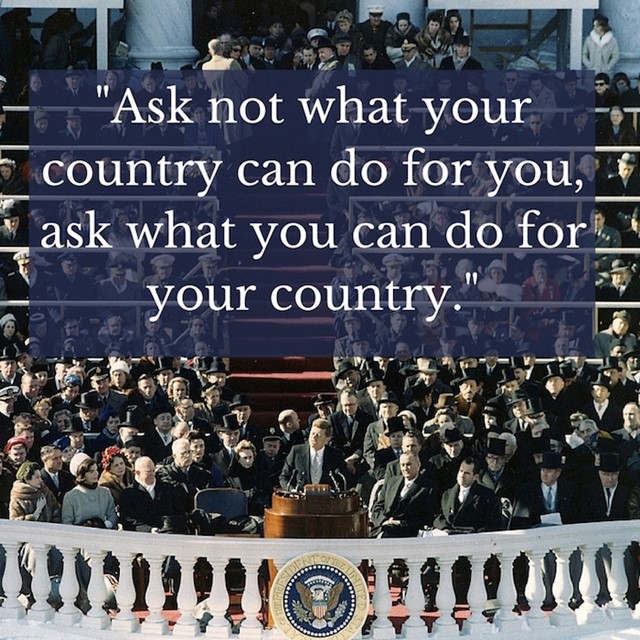 “If you can’t be with the one you love, honey, love the one you’re with.”

– Crosby, Stills, Nash and Young employing our rhetorical device of the month

Chiasmus, associated with the Greek for the letter X, is a rhetorical device that’s frequently tied to the famous John F. Kennedy line: “Ask not what your country can do for you, ask what you can do for your country.”

But is that example of reversal and repetition truly a chiasmus? Or is it another rhetorical device called “antimetabole”? And should you even care? (We can tell you from our ongoing battle in our public speaking seminars over “podium” and “lectern,” that you might be advised to give up the fight.)

“I am stuck on Band-Aids, ‘cause Band-Aid’s stuck on me.”

– Slogan created by Mike Becker, who claimed to never have heard of the term “chiasmus”

For help, we turn—as we we often do--to Jay Heinrich and our favorite book on rhetoric. Heinrich doesn’t distinguish and brings it all together under the heading “The Yoda Technique.”

He’s more interested in the effect this rhetorical device has on public speaking and how it elevates simple ideas and makes them memorable. He writes:

This is my favorite figure, partly because it sounds terrific…but also because it does a useful bit of persuasion. The chiasmus presents a mirror image of a concept, rebutting the opponent’s point by playing it backwards. Kennedy took a commonplace, “What’s this country done for me lately?” and reversed it for his chiasmus. His speech wouldn’t have been the same without it.

The chiasmus lets your turn your opponent’s argument upside down….

Besides countering an argument, the chiasmus lets you change the meaning of a word. Just play the clause in reverse.

Knute Rockne: When the going gets tough, the tough get going.

If you’re interested in a strict definition of chiasmus and why Kennedy might more correctly be described as having used antimetabole in his speech, see this article.

For a look at how rhetorical devices such as chiasmus are behind the success of famous advertising slogans, here’s a fun read.

If chiasmus captures your fancy, Dr Mardy Grothe has collected enough to fill a book.

And below, John F. Kennedy’s entire inauguration speech, where you’ll also hear other uses of chiasmus/antimetabole in addition to that oh-so-famous line.