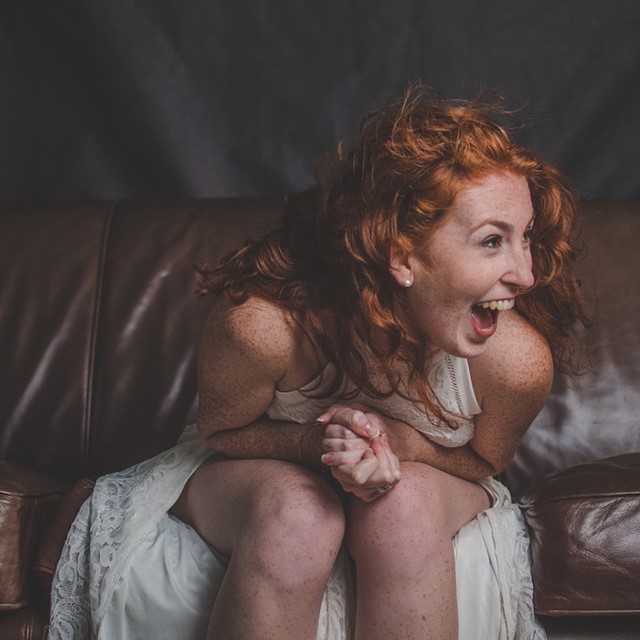 Thirty years ago, The Buckley School launched its flagship program and our founder Reid Buckley published his first book on public speaking. To mark the anniversary this year, we’ll be featuring instructional excerpts from that book - "Speaking in Public: Buckley’s Techniques for Winning Arguments and Getting Your Point Across" - along with our occasional notes on his words.

"The comforting thing to know is that one is not born with the gift for clever repartee. It is a developable talent."

– Reid Buckley, writing about humor and wit in Speaking in Public

At The Buckley School, we urge speakers to bring humor and wit to their speeches whenever they can and when it’s appropriate. That often leads to a discussion about what constitutes wit, which one is more valuable, and whether someone who lacks a natural sense for being funny or making the quick comeback can develop humor, wit or both.

We’ve pulled excerpts from Reid’s book in which he shares his views on wit.*

From Chapter 10: A Grab Bag of Useful Tips

Without it a public speaker is mortally handicapped. In a scale of value, wit wins over humor. Decisions may more often be gained by the fortuitous turn of phrase than by the logic recommending them. Ronald Reagan quite clearly lost his debate against Jimmy Carter on domestic issues, judged by the soundness and coherence of the individual points raised; but he won the night, and the presidency by his since famous summation beginning, “There you go again!”

Something to remark about the witticism right away, because apropos is how quickly it becomes tired. President Reagan fell into the habit of resurrecting that phrase in his second presidential campaign, and it palled. It was but tepidly responded to by crowd titterings. Fritz Mondale similarly overused his “Where’s the beef?” crack, which, when he first let it fly, was inspired.

In what consist the differences between wit and humor? Webster treats the word exhaustively…. "Wit consists typically in a neat turn of speech by which disconnected ideas are unexpectedly associated."

Note from these definitions the role that intelligence plays in wit. In the importance of this ingredient is where it differs from humor. Webster goes on to say under synonyms: “WIT is more purely intellectual than humor and implies swift perception of the incongruous; it is primarily verbal in its expression and depends for its effect chiefly on ingenuity or unexpectedness of turn….HUMOR commonly implies broader human sympathies than wit."

The pitfalls of having a wit in the house

Many people filled with the milk of humankindness are humorous, though they lack wit; many exceptionally witty people are dryly intellectual and are lacking in those instant human sympathies.

Dickens was especially gifted with human sympathy and his works are in part wonderfully funny; but had he more wit, he might have been saved from his excessive sentimentality. Anthony Burgess today is a consummate comic writer but his intellectuality typically subverts his novels because his characters are subjected to an excess of cruel wit.

There is a quality of bloodlust in wit; one goes on with one’s witticism for the jugular. Sentimentalists may be slobs, but they are nice slobs; the person notorious for his or her sharp wit may not be a person one would care closely to associate with.

You don’t have to be born with (w)it

The comforting thing to know is that one is not born with the gift for clever repartee. It is a developable talent for the speaker’s arsenal. It does require keen intelligence—not profundity, a certain shallowness being more characteristic of the famous wit—and quickness. The natural intelligence cannot be augmented, but anybody’s wit can be sharpened by use: by engaging in debate, by imagining before an event circumstances in which one might confront difficult questions and what one might answer to them.

Now witticisms can be even more dangerous than humor when they misfire. If one flubs a joke, the audience may shrug sympathetically, even laugh at one, perhaps—one may hope—with a modicum of sympathy. But the witticism that bombs is painful, intellectually uncouth, making listeners deeply uncomfortable, at once putting in questions the smarts of the perpetrator. When what may sound like a witticism ignites in the mind, hesitate just an instant before delivering it.

*Reid Buckley so relished wit that he managed to get in a witty last word. Well before he died on April 14, 2014, Reid had a marble headstone carved and placed at Quaker Cemetery in Camden. In cahoots with the groundskeeper, he arranged to have grass grow over the lower third, only to be revealed after his death. The grass was covering a line that read: Shut up at last.

**We’ve edited this excerpt for length (as in, to reduce it). If you’d like to read the complete text, we have copies of "Speaking In Public" available, so feel free to get in touch if you’d like a book of your own!