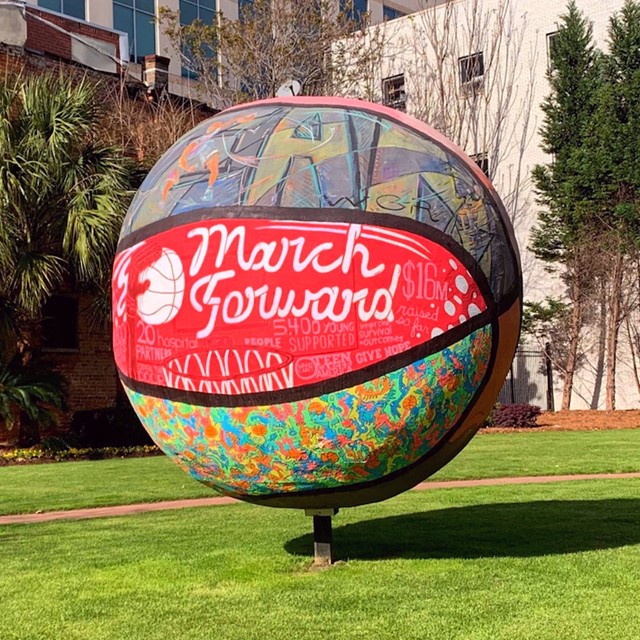 Just a few miles away from our school, March Madness is reaching new levels.

Columbia, S.C. is a host this year for the men’s NCAA basketball tournament. Eight teams and their fans are headed into the capital city, among them South Carolina native Zion Williamson. People are a little excited, to say the least.

As we’ve written before, whether you’re a huge fan or not-so-much, you can learn a few things about public speaking from top basketball players and coaches:

This interview with Baylor’s Taurean Prince is still one of our favorite examples of using descriptive gestures—and it still makes us chuckle.

Getting past stage fright

Even after winning a national championship, one Duke University player said public speaking nerves still tripped him up. Here’s what he learned that can help you.

Making the best of your accent

UNC’s daggum Roy Williams is our inspiration, showing how embracing your regional accent can help you create a distinctive stage presence.

Speaking up to lead

While other coaches are coming to town for the week, U.S. Olympic head coach Dawn Staley makes Columbia, S.C. her home year-round. She wasn’t always comfortable in the spotlight. Here’s how she found her voice as a leader, and we think it's the secret

A game plan for handouts

ESPN’s founder explains how smart management of handouts during a pitch helped him launch the network.

So college basketball fans, if you take a little time off to watch some hoops this week, you don’t have to call it playing hooky. You can call it continuing education. Let us know what you learn about public speaking and presentation skills!